“CEPLANT is a leading European R&D institution in the field of in-line plasma surface treatments and a partner of SMEs and global international companies and universities for innovations and technologies.”

The CEPLANT R&D centre was established in December 2010 at the Department of Physical Electronics, Masaryk University in Brno and the centre was built on a tradition of applied plasma physics research at the Department lasting for more than 50 years, which has resulted in several innovations successfully transferred into the industry.

The CEPLANT infrastructure was built thanks to the Operational Programme Research and Development for Innovations of the European Regional Development Fund and the Czech state budget during years 2010-2014 (the total budget was 8.5 million EUR). Since 2015, CEPLANT has been partially financed from the National Programme of Sustainability from the Czech state budget and other national or international funding schemes. Thanks to the international orientation of CEPLANT, international funds have been gradually increasing over the last few years.

Since 2019, CEPLANT has been included in the list of Large Research Infrastructures supported by Ministry of Education, Youth and Sports of the Czech Republic. This step strengthened the role of CEPLANT as an important research centre offering its services to both research and business entities. The aim of the project R&D Centre for Plasma and Nanotechnology Surface Modifications (LM2018097) is to support the development of the new large research infrastructure of CEPLANT at Masaryk University and to provide open access to its instrumentation and know-how in the field of environmentally-friendly plasma technologies and nanotechnologies. With its focus, CEPLANT successfully covers the entire value chain from basic research through applied research conducted with businesses to technology transfer of plasma technologies for specific industrial applications. 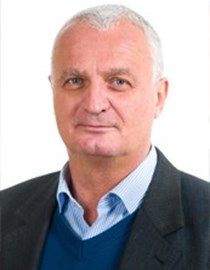 Mirko Černák received his PhD in Physics at Comenius University in 1985. Besides that he has post-doctoral experience from foreign universities (Nagoya Institute of Technology, Japan, Shizuoka University, Hamamatsu, Japan and CNRS, Paris, France). Since 2003, he has been a professor in Plasma Physics at Masaryk University. Currently, he is the chair of the Department of Physical Electronics and Director of CEPLANT at Masaryk University. Mirko's primary research areas are plasma physics, plasma chemistry, applied electrostatics and the fundamental and applied study of the atmospheric pressure discharge mechanism.

Dušan Kováčik obtained his MSc. in Mathematics and Physics (teacher) from Comenius University, Bratislava in 2001 as well as his PhD in Plasma Physics in 2007. He has been a member of CEPLANT since 2011, and his current position is Senior Researcher. His research is focused on the development of atmospheric-pressure plasma sources, plasma surface modification (hydrophilisation, plasma-induced grafting and plasma polymerisation) of various materials such as polymers, nonwovens, foils and nanofibres.

Petr Vašina received his PhD in 2005 from Université Paris-Sud in the discipline Waves and Matter and at Masaryk University in the discipline Plasma Physics. He has worked at Masaryk University since 2004. Currently, he is a professor at CEPLANT. His primary research areas are the study of elementary processes in discharges, diagnostics and the modelling of reactive plasmas, the study of a hybrid PVD-PECVD deposition process and its application for thin film deposition, high power impulse magnetron sputtering and the deposition of nanostructured composite materials.

Tomáš Hoder obtained his PhD at Masaryk University, then he joined the Leibniz Institute for Plasma Science and Technology (INP Greifswald) and was also active at the Academy of Sciences of the Czech Republic. Currently, he is a Scientific Researcher and principal investigator of fundamental as well as industrial research projects dealing with electrical gas/liquid breakdown, barrier or spark discharges. He has expertise in the high-sensitivity high-resolution electrical and optical analysis of ultrafast transient discharges. His primary field of interest is non-steady-state spectroscopic models for the determination of basic plasma parameters.

ROPLASS s.r.o. - ROBUST PLASMA SYSTEMS was founded in 2011 to commercialise atmospheric pressure plasma generators invented by the team at Masaryk University. ROPLASS’s key competence is to design, develop and manufacture atmospheric-pressure plasma sources and related equipment for surface modification, above all of polymeric materials used in the automotive, textile, paper and other industries. The business model of ROPLASS is focused on providing an adequate “nanotechnology” response to the technological problems of regional industrial partners.